Chinese Names for 50 US States (Plus Abbreviations) 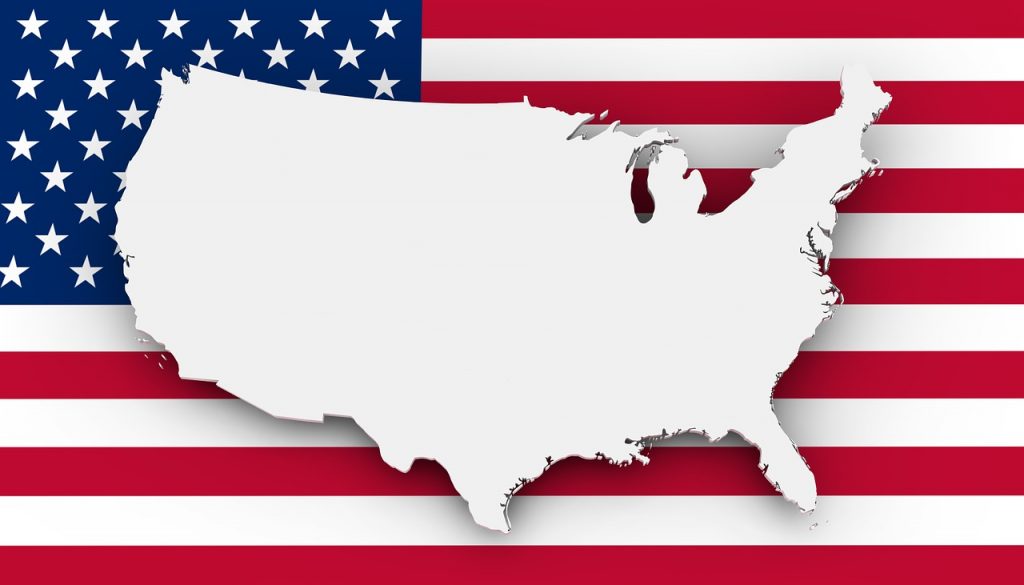 If you are from the United States and visiting or living in China, one of the most common questions you’ll likely be asked from curious Chinese people is which US state you’re from. So you’ll definitely want to know how to answer!

Sure, you may belt out the name of your state in English. Problem is, most people in China have no idea how the US states are called in the English language. If you answer with “Texas”, or “Pennsylvania”, chances are, they can’t figure out which state you’re talking about. That’s why you should learn how to say the state names in Chinese.

So in this article, we’ll look at the Chinese names for the 50 US states – both the official names and the abbreviations, learn how they’re written in Chinese characters, and how to pronounce them in standard Mandarin. Then, we’ll help you learn a few useful phrases you can use when introducing your Chinese-speaking friends to your state.

But first and foremost, let’s learn how to say “state” in Chinese.

The word for “state” in Chinese is:

It’s a very quick and simple word for you to learn! Of course, you have to learn each state’s name in Chinese separately just like in English, but even so, it’s one of the first staple vocabulary words you should know.

Essentially, you may add the word 州 (zhōu) after any state name to make it sound formal. (more on this later)

“The United States of America” in Chinese

Well, the official Chinese name for “the United States of America” is:

The translation was done by combining the sound and meaning of the country’s original English name. 美利坚 (Měilìjiān) mimics the sound of the word “America”, 合众 (hézhòng) means “federated”, and 国 (guó) means “nation”. So basically, it’s “America Federated Nation” in Chinese.

How the State Names Are Translated into Chinese

Although the average person on the street in China probably can’t name more than five US states, there is an official Chinese name for each and every one of them.

Just like the Chinese geographical names are romanized into English based on the way they sound, for instance, 武汉 (Wǔ hàn) – Wuhan, the names of US states are transliterated into Chinese by breaking down the name into syllables and replacing them with similar-sounding Chinese characters.

There is just one problem: Chinese characters can only represent syllables as concrete blocks of sound but not as fluid combinations of letters. As a result, some state names in Chinese sound “off” to English speakers and don’t bear too much resemblance to the originals.

Plus, with only about 400 syllables, Chinese has a much smaller stock of phonetics compared with English (for instance, there is no such sound as “geor” or “ver” in Chinese), so again, very often the transliterations are a very, very rough approximation.

While most US state names are transliterated into Chinese purely based on sound, a few are a combination of sound and meaning.

For instance, the “new” in New Hampshire, New Jersey, and New Mexico (but oddly enough, not New York) is translated to 新 (xīn), meaning “new” in Chinese. Other examples include the “North”, “South”, “West” and “Island” in North Carolina, North Dakota, South Carolina, South Dakota, West Virginia, and Rhode Island.

It’s worth pointing out that due to the limited range of syllables, Mandarin Chinese has lots of homophonous characters (having the same pronunciation but different meanings). That means one can use various combinations of Chinese characters to transcribe the same US state name (there is a set of “preferred characters” for transliterating foreign names though).

For instance, Texas can be written as 德克萨斯 as well as 得克萨斯 – both pronounced “Dé kè sà sī”.

In this article, we list the standard translations for US states that are used in Chinese mainstream media.

Here’s the list of official Chinese names for US states, organized alphabetically, with their English name, name in Chinese characters, and Pinyin pronunciation. Just pick out your state from the list below, read this article on how to say which state you’re from in Chinese and you’ll be good to go!

In TV reports and news articles, it’s very common to put the word 州 (zhōu) – “state” after the state name to add a more official sound to it (it’s like saying the State of …).

You can do the same in spoken Chinese – this is optional except for the State of New York and Washington, where you have to add the 州 (zhōu) at the end to differentiate them from New York City and Washington, D.C.

Chinese Abbreviations for the US States

But unfortunately, while there is an abbreviation for each US state in English, only seven states get to have short names in Chinese (apparently, they are more famous in China than the other states for certain reasons).

If you’re lucky enough to come from the State of California, Florida, Massachusetts, North Carolina, South Carolina, Pennsylvania, or Texas, then you can just use its shortened Chinese name.

Observe the pattern of these abbreviations – they adhere to the same formula of two characters, which is used in naming most of China’s provinces too, for example, 四川 (Sìchuān) or 广东 (Guǎngdōng). Although some of these Chinese abbreviations may not have been standardized by government agencies, they appear frequently on the media and are widely used by the Chinese population.

Chinese Names for US Commonwealth and Territories

Outside of the 50 main states in the Union, the United States has several commonwealths and territories in different parts of the world too. As with the states, there is a Chinese name for each of the territories. Feel free to add them to your Chinese vocabulary.

Note that the Chinese often refer to Washington, D.C. as just Washington, or in Chinese – 华盛顿 (Huá shèng dùn). So when referring to the State of Washington, make sure to add the word 州 (zhōu) – “state” at the end.

Chinese Names for the US States in Conversation

Now you have the vocabulary you need, it’s time to get out there and impress your Chinese friends!

But first, let’s make sure you’ll be able to understand the question “Which state are you from” properly when you get asked in Chinese.

“Which State Are You From” in Chinese

As with any expression in Chinese, there is more than one way to ask for this information. Here are the four most common questions you’ll encounter.

You can of course just say the name of your state in response to these questions, but your Chinese-speaking friends would certainly be amazed to hear a long answer from you.

Pick one of the four expressions below to express “I am from (the state of) …” in Chinese.

Feel free to swap out California with your state when needed. And if you’re from a state that has a shortened Chinese name, you can use it as well! (In the above examples, you can safely use 加州 Jiā zhōu for California)

There you go! Now you should be able to talk about you state in Chinese! So, tell me, which state are you from?