Transportation in Chinese: Complete List of 73 + Vehicles in Mandarin 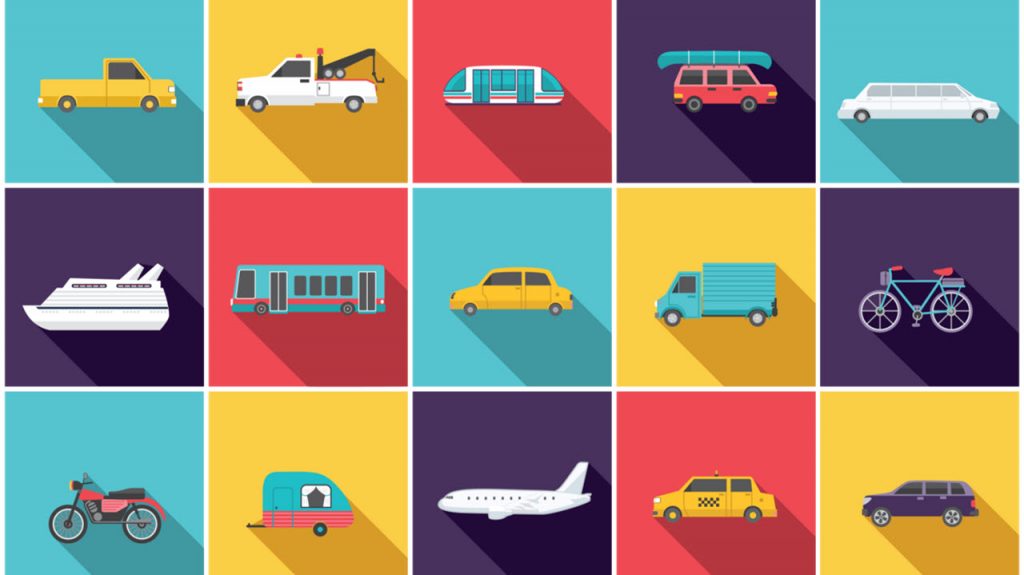 If you are learning Mandarin Chinese and are planning to visit China for vacation, work or study, you will certainly need to learn the Chinese transportation vocabulary. After all, how else will you be able to get around without knowing how to say buses or trains in Chinese?

Luckily for you, we got this entire post dedicated to transportation in Chinese. Our guide will take you through 73 + means of transportation in the world starting from the most common vehicles used for daily commute leading up to bulldozers, helicopters, and submarines!

And we won’t stop there. Once you’ve known your way around vehicles, we’ll teach you a whole lot of phrases and expressions to be able to talk about transportation in Chinese, so that you’ll have everything you need for your next trip.

But first and foremost, let’s learn how to say “transportation” and “vehicle” in Chinese.

The word for transportation in Chinese, as a general term for transport facilities that take you from place to place, is:

If you break down the word into characters, 交 (jiāo) means “to transfer”, 通 (totōng) means “open” or “through”, and 工具 (gōngjù) stands for “tools”. Together, they express the idea of “transportation”.

However, when you are referring to the action of transporting in Chinese, you’ll need to use another word – 运输 (yùnshū).

In this guide, we’ll focus on the forms of transportation – 交通工具 (jiāotōng gōngjù) in Chinese.

The word for vehicle in Chinese is 车辆 (chēliàng) if you are talking about self-propelled wheeled vehicles such as cars or trucks.

A Grammar Note on Vehicles in Chinese

Different vehicles require different measure words that speak to the feature of that specific mode of transportation. For example, for vehicles with wheels (e.g. car, bike, monocycle), you can generally go with the measure word 辆 (liàng) or 部 (bù), and for watercraft, 条 (tiáo) and 艘 (sōu) are the proper measure words to use.

Knowing the name of vehicles in Chinese is only half the battle. To help you fully master transportation vocabulary in Chinese, we include the corresponding measure word for each vehicle on our list.

If the concept of measure words sounds alien to you, we have this entire article dedicated to explaining how Chinese measure words work. If you don’t know how to count in Chinese yet, you might want to start with our Chinese number tutorial first.

There is a huge range of vehicles and they all perform different functions, so there’s a lot of ground to cover. To help you out, we’ll start with a list of the most common vehicles in Chinese that can serve as a starting point before moving on to specific modes of transportation.

Most Common Transportation in Chinese

Here’s a quick rundown of the 9 most common means of transportation in Mandarin Chinese to give you a foundation. The Pinyin version has been provided alongside the Chinese characters to help you pronounce the words. We’ve also included the corresponding measure word for each vehicle.

These words are the basics of any transportation vocabulary lesson. They are used every day and everywhere.

Before we add more words to this list, here are some technicalities to help you understand how and where to use these core transportation words in Chinese.

Some vehicles have different names depending on the region you find them.

In Mainland China, a bike is generally referred to as 自行车 (zìxíngchē) – literally “self-moving vehicle”.

脚踏车 (jiǎotàchē) – “foot pedal vehicle” is a slightly old-fashioned word for bike in standard Mandarin, but is the most common option in the version of Mandarin spoken in the Yangtze River Delta region of China, which includes Shanghai. (Read more on the language of Shanghai).

The word 摩托 (mótuō), you’ve guessed it, comes from the English word “motor”. 摩托 (mótuō) can also be used as the shorter form of 摩托车 (mótuōchē). The younger the people are, the more often they use the shorter form.

The word for car in Chinese is 汽车 (qìchē), literally “steam vehicle”. Well, the earliest cars were all powered by a steam engine, weren’t they?

In daily Chinese, it’s also very common to hear the colloquial versions – 车 (chē) or 车子 (chēzi) for cars though these words can also be used to refer to other land vehicles (e.g. motorcycles, buses, trucks, etc).

The word for bus in Chinese – as a means of public transportation – is 公共汽车 (gōnggòng qìchē), meaning “public vehicle”. We also have the word 巴士 (bāshì), which is borrowed from the English word “bus”, for buses in general. An example of this would be 观光巴士 (guānguāng bāshì) – sightseeing bus.

Another common way of saying bus, particularly the inner-city bus in Chinese is 公交车 (gōngjiāochē) – “public transportation vehicle”. It can even be shortened to just 公交 (gōngjiāo) in spoken Chinese.

Taxi is another word that can be said in different ways depending on which part of the Chinese-speaking world you are traveling to.

In Mainland China “taxi” is 出租车 (chūzūchē), literally “(for) rent vehicle”, and 计程车 (jìchéngchē) – “taximeter vehicle” is a taxi in Taiwan.

In the Cantonese-speaking region (Hong Kong, Macau, Guangdong Province of China), the favored word for car is 的士 (dīshì), coming from the English word “taxi”. The rest of China uses the word as well, but only for saying “take a taxi”: 打的 (dǎ dī) – 的 (dī) is the short form of 的士 (dīshì).

Subway or underground is commonly referred to as 地铁 (dìtiě) in Mainland China, which is essentially the short version of 地下铁路 (dìxià tiělù) – “underground railway”.

In Taiwan and Singapore, the word 捷运 (jiéyùn) – “rapid transport” is used to mean subway.

The word for boat in Chinese is 船 (chuán).

Actually, 船 (chuán) can be both a boat or ship depending on the context, but the measure word to collaborate with it differs – 条 (tiáo) is reserved for small boats while 艘 (sōu) is used for bigger boats and ships.

Watch out, because 船 (chuán) sounds somewhat like 床 (chuáng), meaning “bed” in Chinese. You don’t want to mispronounce the word and confuse people. (If you want to make Chinese people laugh, try these instead)

Here are some pictures to help you visualize these core transportation vocabulary. 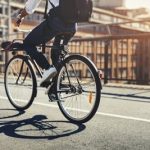 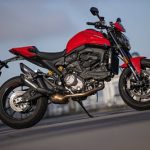 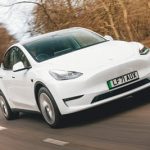 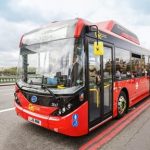 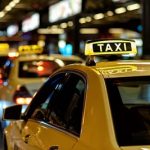 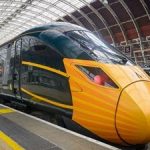 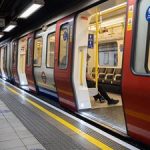 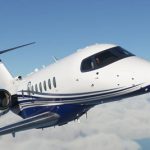 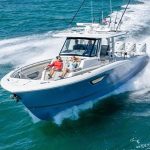 Road transportation is an essential part of day-to-day life. In this section, you will be able to learn how to name the different vehicles on the road in Chinese. Enjoy your ride!

Both the measure words 辆 (liàng) and 部 (bù) are used for land vehicles with wheels in Chinese, however, 辆 (liàng) is the more common option, and 部 (bù) sounds more formal and often appears in the written language. 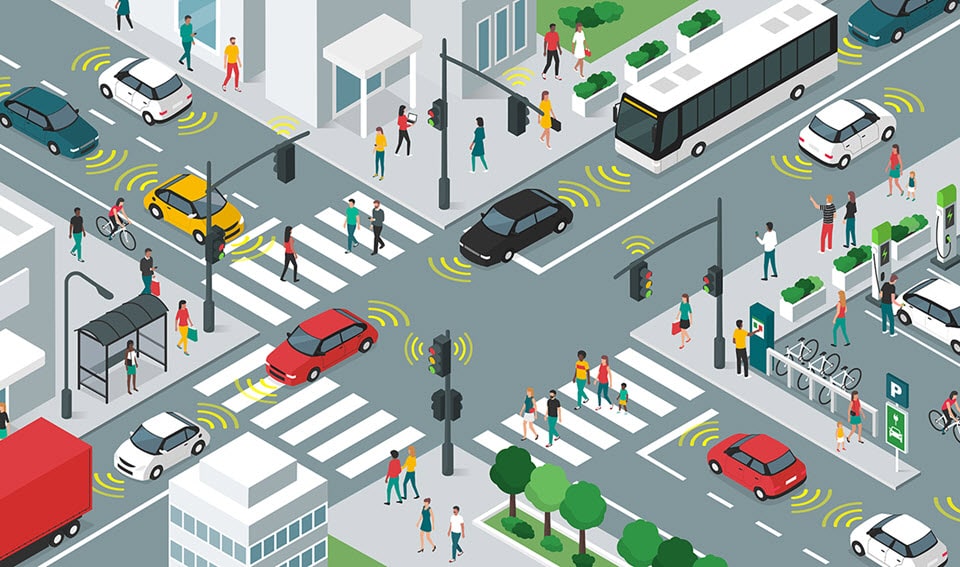 China has probably the most-developed rail network in the world. I am sure you will need some rail transportation vocabulary when traveling to China, so this section will be useful.

Here’s how you name the wheeled vehicles running on rail track in Chinese.

Notice the measure word has changed to 列 (liè) for trains and the like. That’s the proper measure word for a line or row of things in Chinese.

Traveling does not necessarily mean you have to fly, but if you are planning to visit China, it is more than likely that you will be traveling by air.

Here you have some words related to air transportation in Chinese.

Time to hit the water and discover waterborne transportation in Chinese.

Here’s how you name boats, ships, and other vessels in Chinese. If you pay close attention, you’ll notice the measure word 条 (tiáo) is used for small vessels while 艘 (sōu) is favored for bigger ones.

Construction has a big impact on jobs, livelihood, and the economy. Here are the names of common construction vehicles in Chinese.

You would not travel too far by memorizing just the names of vehicles in Chinese. It is time to learn a few useful words regarding transportation in general. They will help you find your way around when you go to China!

Talking About Transportation in Chinese

Learning transportation vocabulary is necessary, but you cannot just utter individual words and expect others to understand you!

Well, don’t worry. We’ll cover all the language bases in this section to help you solve any problem or doubt you can have when talking about transportation in Mandarin Chinese.

We have divided this section into two parts: essential Chinese transportation verbs, and useful example sentences to use in simple conversation.

First, verbs. They are perhaps the most important part of Chinese learning for beginners. Let’s explore the key Chinese verbs and verb phrases associated with using transportation.

Let’s look at some examples.

If you want to talk about going somewhere on foot, then the verb 走 (zǒu) is used instead.

打 (dǎ) is one of the most versatile verbs in Mandarin Chinese and can be used for talking about transportation as well. Specifically, you can use 打的 (dǎ dī) or 打车 (dǎ chē) to mean “take a taxi”.

的 (dī) – watch out for the pronunciation – is the short form of 的士 (dīshì), which is one of the ways of saying “taxi” in Mandarin, coming from Cantonese. 打出租车 (dǎ chūzūchē) is also fine for “take a taxi” but is less commonly said.

The word 开 (kāi) can have different meanings, but when it comes to transportation, it means to drive, steer or fly.

The Chinese verb 骑 (qí) translates to “ride” and refers to sitting on and propelling a bicycle or similar vehicle.

And of course, 骑 (qí) can be used for the action of riding an animal such as a horse – 骑马 (qí mǎ).

These two verbs have many different meanings, and they can be used when referring to almost every means of transportation. While 上 (shàng) means “get on, get in, get aboard,” 下 (xià) means the opposite: “get off, get out of, disembark.”

Simple Conversations Regarding Transportation in Chinese

Now is the time to use the Chinese transportation vocabulary and expressions in context. Practice the following sentences and you will be able to get the information you need whenever you need it. Plus, you’ll develop your knowledge of Chinese grammar and gain confidence in speaking Chinese in real conversations.

There you go: all the useful transportation words and expressions you can use when traveling to a Chinese-speaking country, planning your holidays, talking to your Chinese friends about your last trip, etc.

Now, if you’re learning Chinese, you should make the best out of ImproveMandarin.com, one of the world’s largest sites dedicated to Mandarin learning.

We also recommend you take a structured course online to 3X your Chinese learning success. We’ve taken the time to try out dozens of Chinese courses on the internet, some are fabulous while others are a complete waste of time. Here are the best online Chinese courses we found in 2023.