Shanghainese vs Mandarin: What’s the Difference? 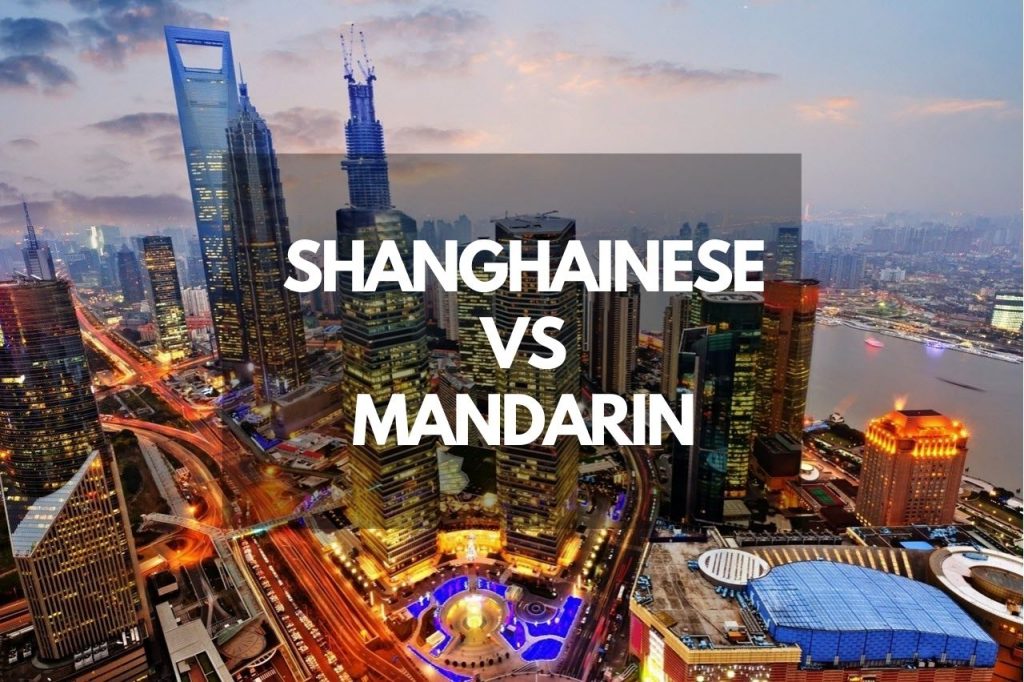 As you travel around China, it’s important to remember that Mandarin, the official language of China is not always what the locals are speaking. And Shanghai is a prime example!

Mandarin (Mandarin Chinese, Standard Mandarin, or Standard Chinese as we know it with the familiar four tones) is the only official language of China at a national level. However, there are many regional languages: Cantonese, Hakka, Hokkien, and Shanghainese (Shanghai language), to name just a few.

In Shanghai, Shanghainese is spoken by most people, so it’s worth taking the trouble to recognize it if you plan to visit the biggest city in China. And if you’re not sure what Shanghainese is like, and how different it is from Mandarin, this guide will walk you through all the similarities and differences between Shanghainese and Mandarin: pronunciation, tones, vocabulary, grammar, and more.

Are Shanghainese and Mandarin the Same?

Shanghainese is a regional language spoken by about 14 million people in urban Shanghai, and the Shanghainese Chinese diaspora overseas. It’s also the lingua franca of the entire Yangtze River Delta region where people speak the Wu Chinese languages.

The Wu language’s pronunciation rules and accents vary by major region, but the language is essentially the same. In Shanghai, the form is called 上海话 (Shànghǎi huà), meaning Shanghai language, or Shanghainese. In Suzhou, where the language is similar with minor pronunciation and tone differences, the dialect is called 苏州话 (Sūzhōu huà) – Suzhou language.

Even though Shanghainese is perceived as a dialect for politics and identity in China (whose government only actively supports one language – Mandarin), linguistically it’s a distinct language, far more than a dialect or accent.

Shanghainese is actually very different from Mandarin. If you start to listen to a little Shanghainese, you will see just how much that is true. Although the two languages share some common traits, Shanghainese could be completely unintelligible to the uninformed Mandarin speaker.

To Mandarin-speaking Beijingers, for example, Shanghainese can sound as foreign as Japanese. They will also have to study and practice, but perhaps not as intensively as those who learned Mandarin as a foreign language to reach a good level in Shanghainese and speak it correctly.

Learning Shanghainese requires a bit more attention than learning Mandarin and it can be difficult to figure out exactly what techniques to use by yourself. We’ve created a complete step-by-step guide to help you progress to a conversational level in Shanghainese in just a few short months. Here it is.

Overview of Shanghainese vs Mandarin: What Is the Difference?

Although Shanghainese can be written in standard Mandarin Chinese script (characters) and there are some overlapping vocabulary and grammar features, it has its own pronunciation, tones, wording, and sentence structures. The similarity and difference between Shanghainese and Mandarin are a bit like those between French and Spanish.

A speaker of either Shanghainese or Mandarin with no knowledge of the other could perhaps identify a few similar-sounding words during a random conversation, but it’d be a lost cause to understand what was happening at all.

(In reality, all educated Shanghainese people understand Mandarin as it’s taught and used across China while Mandarin speakers typically find it hard to comprehend spoken Shanghainese.)

An analog for understanding such difference:

Many words spell and mean the same in Spanish and English, for instance, “hotel, idea, total”, but they are pronounced differently in the two languages.

Compared with Mandarin, Shanghainese is richer in vowels and consonants. There are unique consonants, like “ng” (heavier n), “gh” (heavier vowel), which Mandarin does not have.

Like many other Wu languages, Shanghainese uses voiced initial stops or affricates. These are quite harsh, semiplosive sounds with a consonant that begins as a stop and concludes with a fricative. Shanghainese has some which don’t exist in Mandarin at all. For example, in the word “strange” – 奇 “ji” (“qi” in Mandarin) which is almost identical to the English “J” as in “Jack”. 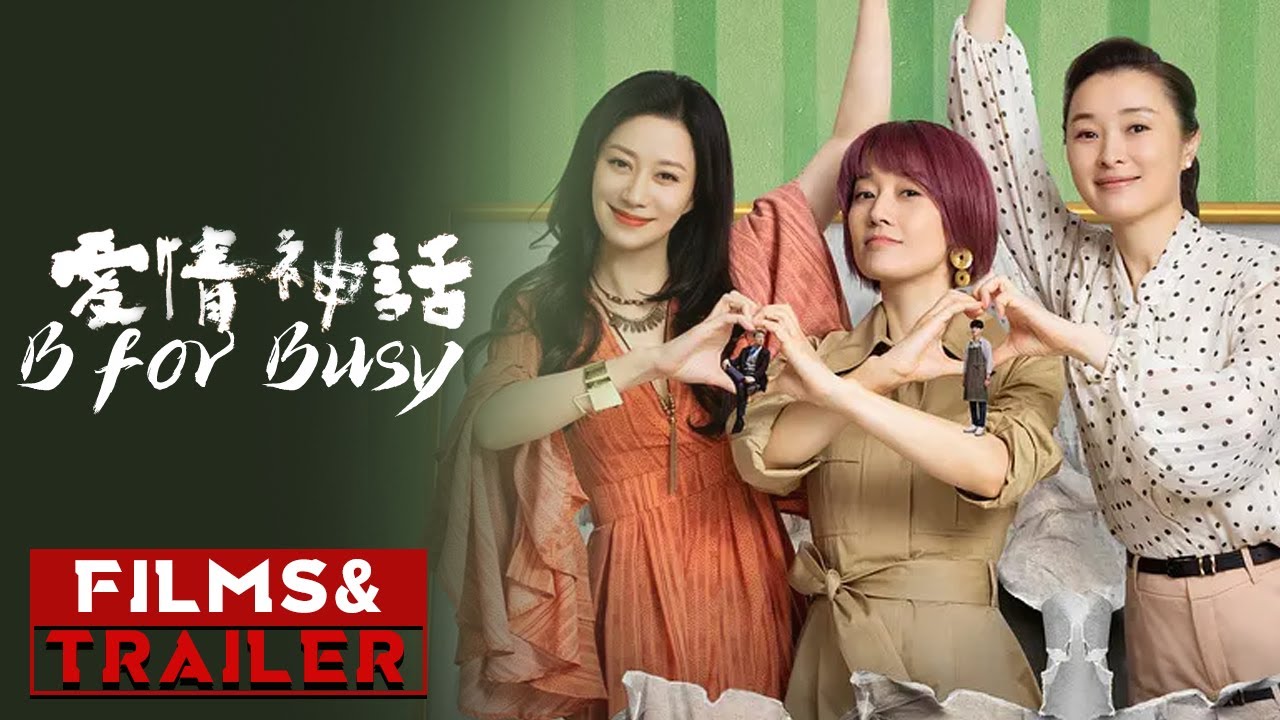 If you are learning Mandarin, you probably have a good sense of how critical getting the tones right really is. In many cases, adopting the wrong tone will lead to painful misunderstandings when you interact with native speakers.

Shanghainese has a different type of tone system.

Unlike Mandarin which has four tones (plus the fifth neutral tone), Shanghainese uses five basic tones, and they don’t fully correspond with the Mandarin ones.

In addition, Shanghainese has two-level tonal contrasts – high and low – similar to the Japanese pitch-accent system. To put it shortly, tones of adjacent characters (syllables) undergo dramatic alteration when they are said together as a word or phrase. And the tone of the first syllable (high or low) determines the tone pattern of the following syllables.

You might think – I got this! I just have to adjust my pronunciation and tone and I’ll be fine. But you’d be wrong to think that Shanghainese vocabulary is basically the same as Mandarin.

Yes, there’s a vocabulary overlap between Shanghainese and Mandarin. But, Shanghainese only shares 29% lexical similarity with Mandarin to be precise, that is, 71% of the words are different, including a lot of basic, everyday words – enough that with the pronunciation and tone differences Chinese speakers outside the Wu language family will be unable to communicate at all.

Personal pronouns in Shanghainese, for example, are gigantically different from their Mandarin counterparts. Here’s a chart that illustrates their difference.

Words as basic as sentence particles are also different in Shanghainese.

For example, in Shanghainese, the particle 伐 (va) is used to transform ordinary declarative statements into yes/no questions, rather than 吗 (ma).

Some other words might look the same in Shanghainese and Mandarin, but mean different things in both languages. For instance, 小人 (xio nin) means “child” in Shanghainese, while in Mandarin 小人 (xiao ren) is used to refer to a despicable person.

By and large, Shanghainese and Mandarin grammar are fairly similar, and the similarities between them vastly outweigh the minor differences.

For example, both Shanghainese and Mandarin lack marking for tense, person, case, number, or gender. Similarly, there is no distinction for tense or person in verbs, with word order and particles generally expressing these grammatical characteristics.

But Shanghainese does have some unique elements in its grammar. The most distinguishable difference is that Shanghainese is both SOV (subject-object-verb) and SVO (subject-verb-object) in sentence structure, unlike Mandarin, which is generally SVO (though it’s SOV in some structures).

So, in Mandarin, when asking someone whether they’ve had a meal, you would say 你吃过饭了吗？(Ni chi guo fan le ma) – “You have had meal (interrogative particle)?”, which is a standard SVO structure.

Another noticeable difference is that Shanghainese uses more modal particles to express a certain “mood”.

For example, “He has left” in Mandarin is 他走了 (ta zou le), but in Shanghainese, it’s 伊走特了 (yhi ze teq le). While the main structure is the same, the additional particle 特 (teq) is used, which is for exclamation but doesn’t have any core meaning.

Unlike Mandarin, though Shanghainese is the everyday spoken language of Shanghai, it is not used in formal literature and education, and is only occasionally used in media.

There is no standard written form of Shanghainese and it rarely appears in writing.

That said, it’s still possible to represent Shanghainese on paper using Mandarin Chinese characters. However, extra characters, as well as characters with different meanings from written vernacular Chinese are often included due to the presents of words that either do not exist in Mandarin or correspond with spoken Shanghainese.

This form of written Shanghainese is often found in colloquial contexts such as text messages, social media, as well as on advertisements.

Mandarin vs Shanghainese Expressions and Idioms

Both Shanghainese and Mandarin use expressions and idioms. However, very often, they can’t be understood by each other without prior knowledge.

Shanghainese is known for its strange and colorful colloquialisms. If a Mandarin speaker were to read a piece of Chinese writing in Shanghainese, they might roughly know what topic it was about seeing major common words, but would draw a total blank if colloquial or idiomatic expressions are used.

The following chart can give you an idea of how different Shanghainese expressions and idioms can be from those in Mandarin. Remember, it’s just the tip of the iceberg!

There are some other minor differences between Shanghainese and Mandarin, but those are things you pick up along the way. They’re not major conceptual differences.

Many visitors to Shanghai weigh up the investment of learning Shanghainese versus Mandarin, itself a difficult language to master.

So what should you learn? Mandarin or Shanghainese? Ultimately, your decision will depend on what you hope to accomplish by learning the language.

If you wish to communicate with all Chinese people, Mandarin will definitively serve you better. It’s the official language of China and received positively in Shanghai – any educated Shanghai person can speak Mandarin flawlessly. Plus, knowing Mandarin helps studying Shanghainese later on (or any other regional Chinese language for that matter).

On the other hand, Speaking Shanghainese is a matter of familiarity and regional pride in Shanghai. The best thing about learning Shanghainese is that like with any minority language, learning a little Shanghainese goes a long way. People respond with much more familiarity and happiness, particularly as you talk to old folks. So the effort to learn a couple of hundred words and phrases will get you outsized results if you plan to live in Shanghai for an extended period.

We hope that the above has been useful!

If you are thinking of learning Mandarin, check out ImproveMandarin’s Complete Guide on How to Learn Mandarin Online.