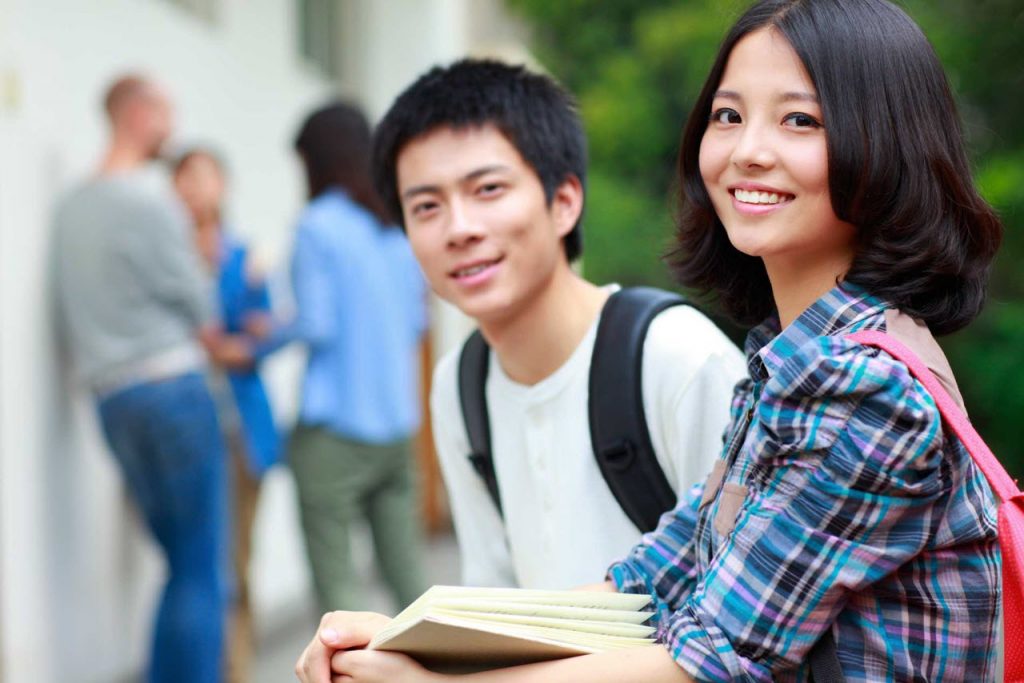 “Even a native Chinese speaker would have trouble with HSK 6!” You might think.

Yes, HSK 6 is the last step of the HSK tests. It’s the highest level to reach for non-native Chinese speakers before the new HSK rolls out. CLEC (HSK organizer) says HSK 6 corresponds precisely to the C2 level (educated native speaker) of CERF (the Common European Framework of Reference for Languages).

But is it true? Is HSK 6 hard for native Chinese speakers? What do native speakers think of the HSK6?

To gain the perspective of a native speaker who’s taken the test, we at ImproveMandarin spoke with Ayae, a girl born and grew up in Beijing, and asked her a few questions about her test-taking experience and thoughts afterwards. Ayae is a native speaker of both Chinese and Japanese (she has a Chinese dad and a Japanese mom). She took the HSK 6 test at the age of 16 when she was attending a local high school in Beijing.

Why did you take the HSK test, being a native Chinese speaker?

Well, I am still a foreigner in China. I was granted Japanese citizenship when I was born. Even though I went to local schools all the way to adulthood in Beijing, and spoke Mandarin as well as everybody else around me, I still needed the HSK certificate to apply to a university in China. That’s why I took the HSK 6 test in my freshman year of high school.

Did you do well on the HSK 6 test? What score did you get?

I am embarrassed to say I only got 275 out of 300 (96 on listening, 90 on reading, and 89 on writing), which is kind of low for a native Chinese speaker. I thought I could get higher marks since I had been living in China all my life. I was also surprised to find out later that a few international students who studied Chinese as a foreign language scored higher than me in the HSK 6 at my university.

Did you make any preparation for the HSK 6 test?

Not, I did not make any preparation for the test. I only had a rough idea of what HSK 6 was like and that was it. If I had done some preparation, I would’ve gotten higher marks, I think. But back then everyone said HSK 6 was a breeze for native Chinese – even a kid in fifth grade could easily pass it, so I just did the 裸考 (literally “naked test”, meaning show up to a test totally unprepared) then.

What was it like to take the HSK6 test as a native Chinese speaker?

We never had any listening tests in Chinese at school, so the listening section felt a bit strange to me. I think the conversations were designed very well as they covered a range of topics from the cultural aspects of China to recent scientific discoveries and cutting-edge technologies. However, they could be quite challenging to foreigners, as there were some science terminologies and chengyu (traditional Chinese idiomatic expressions) involved in the conversations.

At the beginning of the test, I was not aware that the recording of the conversation would be played only once, and I missed a few details in the first conversation because I was skimming the other parts of the section and not being very attentive to what was playing. In our English tests at school, the listening part was always played twice.

One thing that might frustrate foreigners was that the conversations were quite long and the questions were only asked after the conversations finished. But luckily for me, it was easy enough to guess what question was going to be raised at the end by just looking at the answer options. I think that’s easy for Chinese students based on their instinctive understanding of the language.

As for reading, it amazed me that I lost 10 points in that section. I found the “choosing the wrong sentence” (choose the grammatically incorrect sentence, e.g. order of the words, misuse of a word, etc) part a bit confusing, as we had never officially learned Chinese grammar at school.

For example, there was this sentence that said: 天凉了, 你要穿多点儿衣服 (it’s getting cold, you should put on more clothes). I know 你要多穿点儿衣服 sounds more natural, but in real life, people say 你要穿多点儿衣服, 你要衣服多穿点, even 衣服你要多穿点儿 all the time as well, so I wasn’t sure if the sentence was grammatically correct or wrong.

The other parts of reading, like choosing conjunctive words and particles were very easy, and I think any Chinese could answer the questions without trouble.

The writing wasn’t hard either. I got 89, which was not bad compared to my friend (also Japanese born in China). She only got 77, which was a shock to me, considering she was the best writer in my school. She got the first prize in many writing competitions and her essays were often published in magazines, and she always scored high marks on Chinese tests at school. Maybe she misunderstood the requirement in the HSK 6 and added her point of view.

(In the HSK 6 writing test, you are required to shorten a passage from 1000 characters to 400 characters without adding your point of view)

Do you still think a Chinese kid in fifth grade can pass HSK 6 after taking the test personally?

It’s still possible but will be very difficult.

It’s not really about language proficiency. I mean, Chinese kids learn hundreds of characters and speak Mandarin fluently already in kindergarten. By fifth grade, they definitely read and write Chinese better than most foreign learners that acquire Chinese as a second language. After all, they’ve been exposed to Chinese 24/7 for 10 plus years by fifth grade and it does not make sense to compare with them in terms of proficiency in Chinese.

I’ll just say that the HSK 6, or any level of the HSK tests, is designed for testing adults. You have to have the logical thinking and test-taking skills of a grown-up to solve the questions on the test. Plus, the HSK 6 test is 140 minutes in length and there are 50 questions to answer in 50 minutes in the reading section. I don’t think young kids have such a long attention span. Besides, articles in HSK tests often touch on science and technology, or philosophy and abstract concepts, making comprehension more difficult for kids. It’s just not a proper measure of language for kids, Chinese or non-Chinese.

I agree. That’s why there is also the YCT test (Youth Chinese Test) for kids. What about the Chinese exams in local high schools? Are they more difficult than HSK 6?

Yes, the Chinese exams in my high school are more difficult than HSK 6. They are quite different actually. The Chinese course we took in school is called 语文 (language and literature) instead of 中文 (Chinese language). We were tested on Chinese culture knowledge, reading, and writing skills which were quite complex, such as the mastery of classical Chinese and poetry, and the ability to write well-knit, sophisticated essays, etc.

You have to know a lot about Chinese history and literature, both the contemporary and the ancient, and be a good writer to do well in the exam, whereas with HSK 6, you just need to write correctly, not beautifully. After all, HSK 6 only tests your language proficiency and nothing else. I think most Chinese high school students can pass HSK 6 without much effort.

Do you think a foreign learner at the HSK 6 level can function in Chinese to the same ability as an educated native speaker in China?

It’s hard to say since technically you only need to score 180 out of 300 to obtain the HSK 6 certificate. If you get high marks on the test, I think generally there is no problem being on a Chinese campus, listening to lectures and joining school activities, or in a work environment. If you barely pass the HSK 6 test, it will be difficult. In terms of difficulty level, I think HSK 6 is roughly equal to 6 to 7th grade in a Chinese school, definitely not college or high school.

What do you suggest advanced learners do to further progress to total proficiency in Chinese?

There is a lot they can do. For example, reading Chinese novels, watching talk shows on TV, listening to podcasts, writing a thesis in Chinese, etc. One particularly effective way I can think of to increase vocabulary drastically is to download a Chinese news app like Netease and read news whenever you are free.

Thank you for your time!

The abilities of native speakers and second language learners just don’t match up in many ways.

HSK 6 test is not hard for educated native Chinese speakers as it corresponds to a middle school (6 to 7th grade) Chinese exam in terms of difficulty level. While HSK 6 is sufficient for general social, academic, and professional situations, there is still a gap between HSK  6 and total proficiency in Chinese.

That being said, if you keep on learning from that point, progressing further to total proficiency won’t be too hard.

Make the best out of our site – ImproveMandarin.Com, a fantastic reference resource you can go to for honing your Chinese skills. Here you’ll find the most trustworthy advice and practical knowledge to dramatically improve your Mandarin!

Pro tip: if you’ve been taking Mandarin classes or learning Mandarin on your own, you might need a little extra help from a native Chinese tutor. Here are the top ten factors you should consider when choosing your Chinese tutor online. 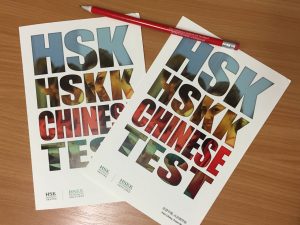 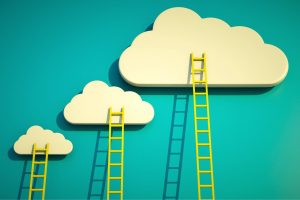