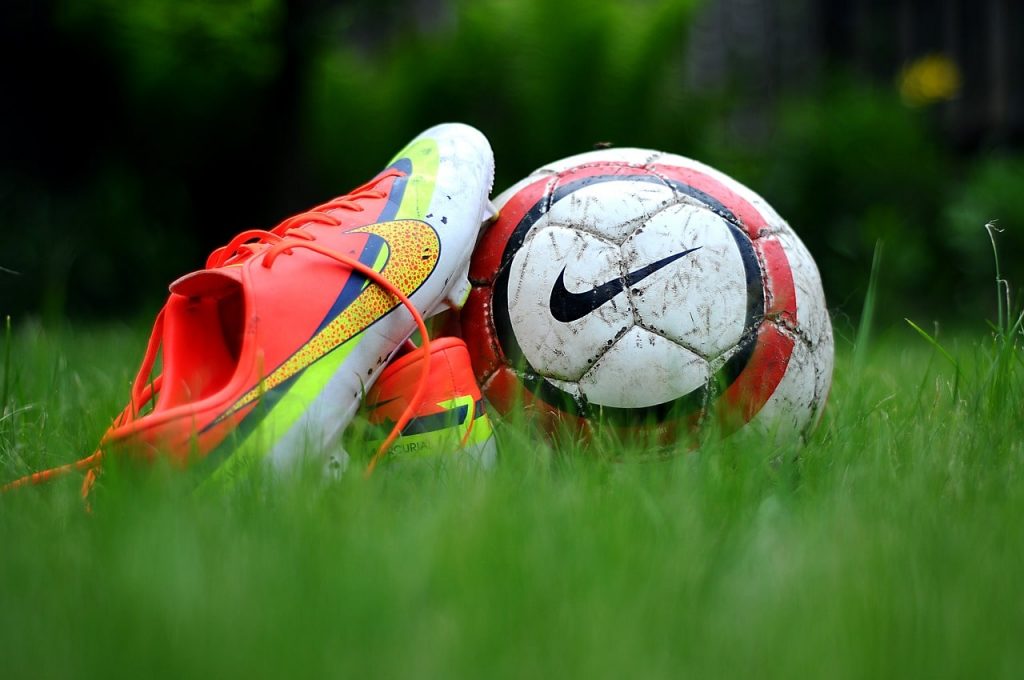 As the world’s most popular sport, football (or soccer to you, north American readers) can be a great way to start a conversation with Chinese people and put your Mandarin skills to the test.

With this post, we’ve got you covered to be able to keep up with all the go-to vocab and expressions you’ll need when watching or talking about football in Chinese. We’ve also put together twenty-five handy example sentences you can reference to build fun conversations around football with your Mandarin-speaking friends.

Let’s start with the most essential words related to football in Chinese. We’ve included Pinyin Romanization alongside the Chinese characters to help you pronounce the words.

Now we’ll delve deeper into these basic Chinese football terms to help you get started on the road to footballing fluency.

The Chinese word for football, as a term for the sport, is 足球 (zúqiú). If you break it into characters, 足 (zú) stands for “foot”, and 球 (qiú) means “ball”. This same word may also be used in reference to the ball itself.

To refer to American football, you may say 美式足球 (měishì zúqiú) – “American-style football”. But a more common way of saying it is 橄榄球 (gǎnlǎnqiú), literally “olive ball”. (The ball does look like an olive, doesn’t it?)

You’ll want to use the verb “kick” – 踢 (tī) here to talk about playing football in Chinese. 打 (dǎ), which is the Chinese word for “play”, on the other hand, is only used for sports that are played with hands (e.g. basketball, volleyball, tennis).

To play football, a high level of training is required. “Football training” is called 足球训练 (zúqiú xùnliàn) in Chinese. We’ll get to the Chinese terms for various football skills in a moment.

A football game or match would be called 足球比赛 (zúqiú bǐsài) in Chinese. It may also be possible to shorten it as 球赛 (qiúsài) or 比赛 (bǐsài) in daily conversation and people would understand what you mean as long as the context is clear.

The measure word for football matches is 场 (chǎng), which is also the most common Chinese measure word used for games, performances, and events.

You may also simply say 球队 (qiúduì) if you’d like, although without the specifications this word can mean other types of ball sports teams as well.

The corresponding measure word for “team” in Chinese is 支 (zhī). For example, a football team is 一支球队 (yì zhī qiúduì).

The term for “national team” in Chinese is 国家队 (guójiā duì). The word 国家 (guójiā) can be used to talk about nations or countries in general. For the specific nation, you just add 队 (duì) onto the end of the nation’s name. For example, 巴西队 (Bāxī duì) – Team Brazil.

“Football league” is called 联赛 (liánsài) in Chinese, literally “joined matches”. Here are some of the best football leagues in the world, along with their Chinese terms.

The word for footballers in Chinese is 球员 (qiúyuán) – literally, “ball staff”. This is the word you’ll use also when you are talking about other ball sports players. To be more specific, you can say 足球运动员 (zúqiú yùndòngyuán) – “football athletes”.

You may call football stars 球星 (qiú xīng) in Chinese. Do you have a favorite football player? Check out this section for the Chinese names of some of the greatest football players in the world.

A football coach or manager is referred to as 足球教练 (zúqiú jiàoliàn) in Chinese. The word 教练 (jiàoliàn) literally means “teach (how to) practice” – that’s what coaches are for.

The referee is the decision-making authority during a football match. In Chinese, this person is called 裁判 (cáipàn), while “to referee a game” in Chinese is 执法 (zhí fǎ) – “enforce laws”, or more colloquially, 吹 (chuī) – meaning “blow (the whistle)”.

The word for “fan” in Chinese is 球迷 (qiúmí). It can be used to talk about any type of field game played with a ball.

You may also add some modifications if you want to be more specific. For instance, you can say 足球迷 (zúqiúmí) when talking about football. And with basketball, you can say 篮球迷 (lánqiúmí). However, in both cases, you can also simply say 球迷 (qiúmí).

Similarly, 球场 (qiúchǎng) – literally “ball field” can be used to refer to any place where a ball game is played, regardless of the type. Add some specifications if you’d like.

World Cup, the biggest sporting tournament on our planet, is called 世界杯 (shìjiè bēi) in Chinese.

If you want to talk about the World Cup specifically, we also have a dedicated post on Chinese World Cup vocabulary.

Now that you have the most basic vocabulary related to football in Chinese, we are going to provide you with a bunch of lists of the most used Mandarin words to talk about the different aspects of football in Chinese. Check out the following sections broken down by category.

Talking about Football Matches in Chinese

Here are some of the key terms and expressions that you will need for talking about football matches/games in Chinese.

Who is your favorite team is always a topic that comes up when getting started on talking about football with Chinese people.

We’ve listed some of the most famous football teams in the world below and what they are called in Chinese. You’ll notice that some names are translated phonetically, some via their meaning, whiles others are a combination of both.

To talk about football in Chinese, you’ll definitely want to know how to say the names of famous football players in Chinese as well.

From Pelé to Mbappé, Chinese media has given an official Chinese name to each influential player in football history. Here are some of the biggest names that you might think of immediately in Chinese, complete with characters and Pinyin. 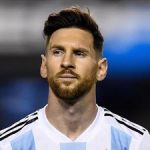 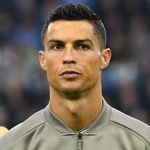 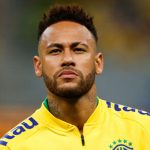 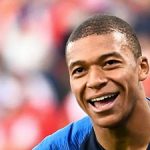 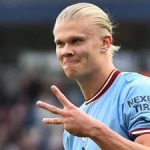 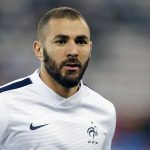 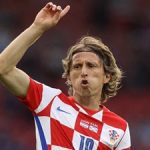 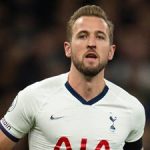 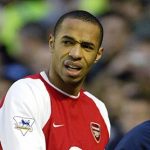 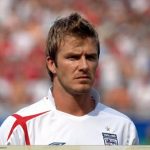 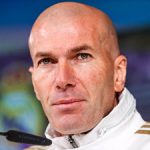 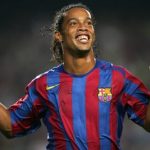 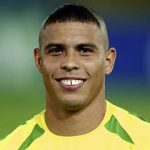 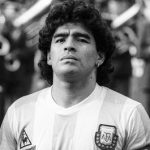 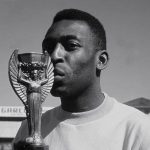 If you enjoy playing football, you’ll probably want to know the names of football clothes and equipment below in Chinese.

Parts of a Football Pitch in Chinese

If you plan to watch some football matches in Chinese, knowing the below parts of the football field in Chinese is never a bad idea.

Perhaps you would like to converse more about football players with your Chinese friends? Let’s look at some key vocabulary connected to players and positions on the football pitch.

Getting slightly more technical, we have the Chinese football terminology for moves on the field, rules, and regulations.

Now that we’ve covered all the different tangible components of football in the previous sections, it’s time to use the Chinese football vocabulary in context.

Practice the following sentences and you’ll develop your knowledge of Chinese grammar and gain confidence in speaking Chinese in simple conversations.

FAQs about Football in Chinese

足 (zú) is the more formal word for “foot” in Chinese and it appears in many foot-related words. 脚 (jiǎo) is often used on its own. It’s more colloquial and can mean “leg” as well.

G.O.A.T (Greatest of All Time) in Chinese is 历史最佳 (lìshǐ zuìjiā), literally “best in history”.

3. What is Messi’s Chinese name?

4. What is Ronaldo’s Chinese name?

Christiano Ronaldo is named C罗 (C Luó) in Chinese. 罗 (Luó) is the Mandarin approximation of the sound “Ro” as in “Ronaldo”. It’s also one of the most common family names in China. The Brazilian football legends Ronaldo and Ronaldinho are referred to as 大罗 (Dà Luó) – “Big Ro” and 小罗(Xiǎo Luó) – “Little Ro” respectively in China.

5. Has China ever played in the FIFA World Cup?

Yes. China has played once in the World Cup, and that was in 2002 when it lost all three games and failed to score a single goal. The appearance, however, was monumental.

Related Reading: How to Say and Write Your Name in Chinese

There you go! Everything you wanted to know about football in Chinese! A great way to remember these vocabulary words is to watch a few matches on Chinese-language TV. CCTV-5 and Migu TV are good options. The commentators have an amusing obsession for using player and manager nicknames such as 本泽霸王龙 (Běn zé bàwánglóng) – Benzema, “Benze T.rex”, 快乐男孩 (kuàilè nánhái) – Sterling, “happy boy”, and 魔力鸟 (mólì niǎo) – Mourinho, “magic bird”.

Now, if you’re ready to get serious about learning Chinese, you should make the best out of ImproveMandarin.com, one of the world’s largest sites dedicated to Chinese learning. We serve up straightforward, science-backed guides and honest reviews of courses and apps we’ve battle-tested ourselves to dramatically improve your Chinese.

Here are some articles to help you get started:

Pro tip: one of the quickest ways to become conversationally fluent in Chinese is to take a structured Chinese course online. We’ve reviewed every Chinese course out there on the internet. Some are fantastic while others are junk. Here are honestly the best online Chinese courses in 2023.