Introducing Your Family Surname in Chinese with ‘XING’: The Quick Guide 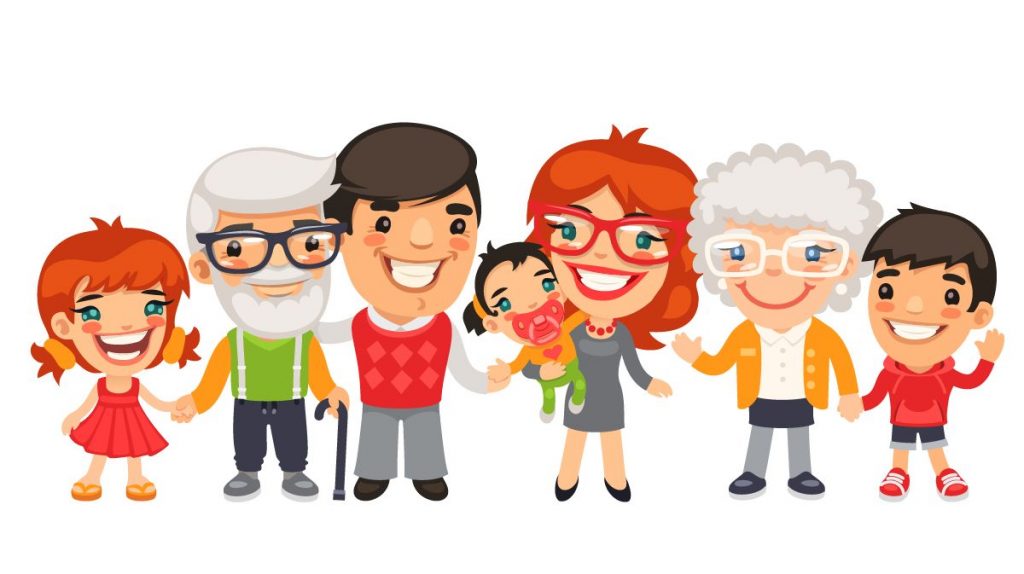 Family is a key part of Chinese culture. Confucianism believes that the concept of family is as important as that of a nation or the world. This is why Chinese people attach great importance to their family surnames. Consequently, when you first get to know a Chinese person, it’s customary to ask his family name instead of his full name or given name.

In this article, we’ll help you master the art of introducing your family name in Chinese with the word 姓 (xìng), and we’ll look at how to ask “what’s your family surname” properly in Chinese, so that you’ll make a great first impression.

Let’s jump right into it!

How to Introduce Your Family Name in Chinese

The word 姓 (xìng) means family name, AKA surname or last name in Chinese. The character has a 女 (nǚ) radical, meaning female, an indication that the Chinese had once a matriarchal society.

It may seem odd at first that there is verb just for this, but keep in mind that Chinese culture put great value in family and when you first get to know people, you are supposed to ask their family name, rather than their full name or first name (given name), to show respect.

Let’s have a look at how to introduce your family surname in Chinese with 姓 (xìng).

Just as any verb in Chinese, 姓 (xìng) does not have any conjugations and has a single form for all subject pronouns.

You can transcribe the family names into Chinese by phonetics as well.

Here are some sentence examples of how Chinese people would introduce their family names.

How to ask “What’s your family name” in Chinese?

Now you can say your family name in Chinese for sure, but how do you ask people’s family names in Chinese? To get to that, we’ll need to look at the word order of a Chinese question first.

In English, you need to rearrange the sentence order by putting the question word at the very beginning. For instance.

→ 你姓什么？
Nǐ xìng shénme?
Literally, “You are family-named what?” (What’s your family name?)

Now, a straight “you are family-named what?” may sound a little too abrupt to most people. It’s probably okay if you use it on a casual occasion, but if you say it with the wrong tone (and you  likely will – as a beginner), you could easily come across like interrogating rather than trying to meet new people.

To make yourself appear polite and humble, which is very important in Chinese culture and a must in a business context, you can rephrase it to “您贵姓 (nín guì xìng)?”. 您 (nín) is the honorific form of 你 (nǐ), and 贵姓 (guì xìng) means “noble family name”.

“您贵姓 (Nín guì xìng)?” literally means “(What’s) your noble family name?”. This is by far the most common way of asking a stranger’s name in Chinese.

Don’t be mislead by the word “noble”, it has no indication whatsoever that the speaker thinks you are from a noble family. This is just like saying “May I have the honor to know your name?”. (Admittedly, certain Chinese family names did have a noble or royal link back in history, but the majority of Chinese people nowadays are clueless of their historical roots, nor do they matter anymore.)

Normally, you would not be asked “您贵姓 (Nín guì xìng)?” by the Chinese if you are foreigner, because the “noble family name” only refers to traditional Chinese names, but if you slip the expression into your conversation when you first get to meet Chinese people, whether it’s a business occasion, an interview, a new working place, or a school…you’ll certainly leave a positive mark on the very first impression.

Most of the time, when asked “您贵姓 (Nín guì xìng)?”, Chinese people will just reply with “我姓(wǒ xìng)” and then give their family name. Some people might also say “免贵姓 (miǎn guì xìng) …”, literally, “Free of the noble title, (I’m) family-named…)”. This is their way of staying in equal humbleness.

A Chinese person’s name consists of a 姓 (xìng) – family name, and a 名 (míng) – given name (also known as the ‘first name” in western culture). Since Chinese people place more importance on the concept of a family than on any individual family member, the family name always comes before the given name.

Take the name 王建国 (Wáng Jiànguó) for example, the first character 王 (Wáng) is the family name, and 建国 (Jiànguó) is the given name.

In China, only people having a close personal relationship can refer to each other by their full name or first name. People who are not close to you, who are older than you, or having a higher social status than you all preferred to be addressed by their family name + title, such as Mr. Wang, Miss. Chen, Uncle Huang, Aunt Dong, Teacher Li, Engineer Zhou, Manager Xu, etc.

Asking 你叫什么 (nǐ jiào shénme)- ‘what’s your name’ is okay when you are talking to a kid, introduced to a friend of a friend, meeting peers at school, workplace or a party, or going on a blind date, but other than these occasions, you should not bother to ask people’s names, instead, humbly ask 您贵姓 (nín guì xìng) to get their family names, and then address them properly by their family names and titles.

We’ve also written a detailed post on how to ask people’s names in Chinese on less formal occasions, read here.

In Chinese culture, when you first get to know someone, it’s customary to ask his family name instead of his full name or given name. There are two ways to do so: ‘你姓什么 (Nǐ xìng shénme)?’ and ‘您贵姓 (Nín guì xìng)?’. To introduce your family name in Chinese, simply say ‘我姓 (Wǒ xìng)’ and then give your family name.

In China, around 5,700 family names are in active use according to government figures, but 42.9% of the population share just 10 of those family names! Do you know the most common Chinese family names? Read this article to find out!