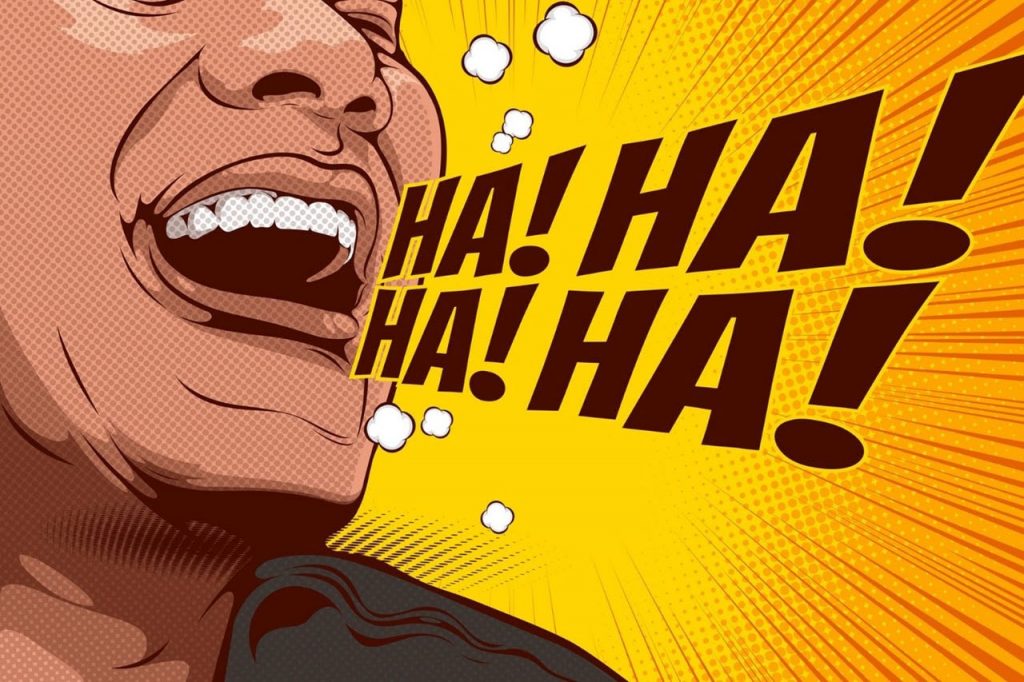 Chinese jokes are a great way to practice your Chinese: not only do they provide a lot of useful vocabulary but also allow you to see Chinese grammar rules and sentence structures in action. They’re also excellent for pronunciation practice, especially since sharing the joke with your friends often requires some repetition.

Chinese jokes also offer a glimpse into many different facets of Chinese culture. When you get the jokes in Chinese, you’re a step further in understanding the mindset of Chinese people. In this article, we rounded up the funniest Chinese jokes and puns that’ll leave you and your friends in stitches.

What's Covered in This Article

Many Westerners find Chinese jokes rather hard to understand. Some even speculate that China is totally a humorless society.

Well, contrary to popular belief, Chinese people are every bit as fun as Westerners!

What makes it difficult for the non-Chinese to get is the fact that most Chinese jokes are full of cultural references that can easily get lost in translation. Once you have to explain a joke, it pretty much loses its comedic power.

The language itself creates a barrier too.

In many languages, jokes are simply based on sarcasm or exaggeration with the help of specific, generally understood intonations. In Chinese, however, jokes are often tied to linguistics. As a tonal language, Chinese has tons of homonyms and homophones. So a lot of funny Chinese jokes are based on puns or plays-on-words.

Also, what’s not so funny in English may become quite funny said in Chinese. For example, “cold jokes” are wildly popular in China, though not so much in the West. A cold joke is like a lame “dad joke” without an ending or punchline that’s intentionally designed to sound dumb. But the dumbness of the joke is what makes it funny.

Want a piece of Chinese humor?

Then you’re going to love what you are about to read. We’ve got the best of Chinese jokes, puns and cold jokes common in Chinese society all in one spot.

But first, let’s take a look at…

How to Tell a Joke in Chinese

The word for “joke” in Mandarin Chinese is 笑话 (xiàohua). If you break down the word into characters, 笑 (xiào) stands for “laugh”, and 话 (huà) means “talk”. You may also use 段子 (duànzi), which is a more colloquial expression for jokes in Chinese, especially those in bad taste.

Having at least a little bit of an understanding of what Chinese people find funny will definitely help win over some potential Mandarin-speaking friends. So, here are a few tips for telling a joke, or a 笑话 (xiàohua) in Chinese.

Humor is a tricky thing. A lot of things you can joke about in your culture can be downright offensive to the Chinese. Most guides teach you the Dos, but we think it’s more critical to avoid the Don’ts when you attempt to tell a joke in Chinese.

1. Don’t make jokes that cause someone to lose face. If you’re unsure what it means, think about why Will Smith slapped Chris Rock at the Oscar. Being publicly embarrassed or humiliated is the last thing people want in China. Avoid anything that would make a person look bad or appear weak, even if it’s an unintentional joke.

2. Don’t make jokes about someone’s personal life. Romantic relationships are a very private matter in Chinese culture, and jokes about them are considered rude as opposed to funny. Only the closest of friend groups can exchange the kind of jokes you hear in a typical American sitcom. And avoid joking about sex too – it’s a taboo subject.

3. Don’t make politically sensitive jokes. Making fun of politicians is common in the West, but it’s a big no-no in China. Although Chinese people frequently joke about their government and leaders in private, “outsiders” shouldn’t. Even the JPMorgan CEO Jamie Damin had to apologize for his joke that his bank would outlast China’s Communist Party. Remember, CCP doesn’t want to lose face either.

Now that we’ve covered the don’ts, let’s get to the dos.

1. Start your conversation with: 你想听个笑话/段子吗？(Nǐ xiǎng tīng gè xiàohua/duànzi ma?) – “Do you want to hear a joke?”. Even if people are not in the mood to smile, you can always try to make them laugh.

2. Choose a simple joke first. Look for jokes with very basic Chinese vocabulary, sentence structure, and punch lines. As you become more comfortable telling simple jokes in Chinese, you can move on to the more intricate ones.

3. Craft your opening sentence. If you are telling a story, you can always start with the cliché 有一天 (yǒu yì tiān) – “Once upon a time”. It’s been used in many Chinese jokes as an introduction and you can do it too.

4. Keep your cool. Funny as it may sound, in China, a lack of facial expressions while delivering witty one-liners is considered more entertaining. If you can make people laugh without showing any facial expression or making your joke or pun seem unintentional, you’ve nailed it!

5. Ask for feedback. Joke or not, you’re going to mess up from time to time and say things in the wrong way. If you can’t make your Chinese-speaking friend laugh (which is totally okay), ask him, “你听懂了吗？ (Nǐ tīng dǒng le ma)” – Did you get it?

Can’t pull off a joke in Chinese on your own? We’ve got some of the best jokes you can steal to get your Mandarin-speaking friends cracking up, again and again!

These Chinese jokes are organized into five different categories, all complete with characters, Pinyin, and English translations. We also explain the puns where needed.

Enjoy, and don’t hesitate to try them out at your next Chinese gathering!

We all have to start somewhere. If you are just getting started on your Chinese learning journey, here are 6 short and easy jokes in Chinese to get your friends giggling.

Since the jokes are a mix of Chinese and English, it helps if you know at least some basic Chinese. If you can’t read Chinese Pinyin, here’s a quick guide for you to learn.

In Chinese, puns are called 谐音梗 (xié yīn gěng). Mandarin Chinese is perfectly suited to puns because it has so many homophones. In this section, we put together 7 of the best Chinese puns to knock you down.

Cold Jokes or 冷笑话 (lěng xiào huà) in Mandarin Chinese are jokes that are funny by virtue of being not actually funny at all. The name comes from the fact that when someone hears a cold joke, he shivers in terror instead of laughing because the joke is so bad.

Are Chinese cold jokes “cold” enough for you? Read our favorite ones below to find out.

The following jokes are linked with Chinese characters. If you know some basic characters, it will be easier to understand the jokes. It can also be fun to mix these into your routine for learning Chinese. If you don’t, no worries! We wrote down the explanation below each one.

Not a beginner in Chinese? We’ve got you covered. Drop some of these more intricate Chinese jokes to get the crow laughing with you.

Got a wicked sense of humor? We have this horrible Chinese joke for you. Cringe and groan all you want, it made my day…

Do You Want to Better Understand Chinese Jokes?

Did you enjoy the Chinese jokes above?

Keep in mind that these were the most translatable ones. Your next step will be to understand jokes directly in Chinese. And this is achievable through a structured online Chinese course. We’ve reviewed the ranked every Chinese course on the internet (yes, we did!), and here are the best ones for 2023.